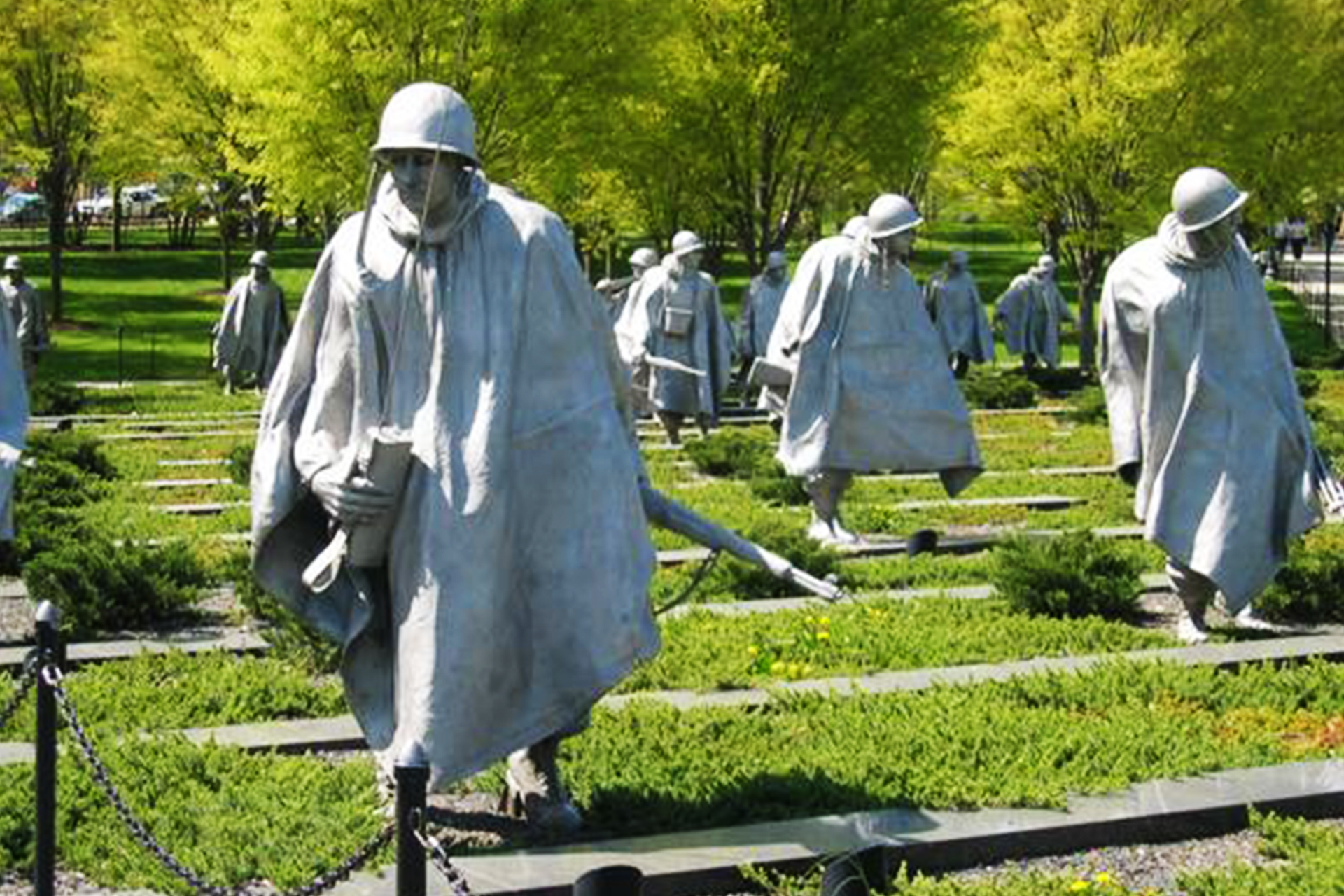 Our deluxe motor coach will depart Austintown this morning enroute to Our Nation’s Capitol.  Rest stops and a lunch stop (on own) will be provided.  This afternoon we will travel down Embassy Row to see the Washington National Cathedral, the Vice-President’s Home and many of the various embassies located along Massachusetts Avenue.  Upon arriving in Washington, D.C. we will tour the U.S. Capitol Building and stop for pictures at the White House.  Dinner will be on your own at the Ronald Reagan Building. After dinner we will have an evening tour of the city to see the various monuments and memorials in lights with stops at the FDR, Martin Luther King and World War II Memorials.  Later this evening we will check into the Holiday Inn Express in Springfield, Virginia.

After an early deluxe continental breakfast at our hotel (included) we will visit the Lincoln, Vietnam, Korean and Jefferson Memorials.  Then you will have the choice to divide your time between the Smithsonian Institute, the U.S. Holocaust Memorial Museum or a ride to the top of the Washington Monument.  Later this afternoon we will travel to Arlington National Cemetery to see the Kennedy Gravesites and the Tomb of the Unknown Soldier (four members of our group will have the honor of placing a wreath at the Tomb of the Unknown Soldier).  Dinner this evening is included at the Crystal City Sports Pub in Arlington Virginia. After dinner and before departing for our hotel, we will stop at the Iwo Jima (Marine) Memorial (time permitting).

After breakfast (included) at our hotel we will travel to Quantico National Cemetery in Quantico, Virginia where we will be greeted by a volunteer from the Missing in America Project (MIAP).  The mission of MIAP is to locate, identify and provide full military burials for the unclaimed and forgotten cremated remains of American Veterans who for generations have silently occupied the shelves of mortuaries and state hospitals across the United States.  Their stories have begun to emerge from the shadows of these storage rooms.  Our group will have a private flag laying ceremony at the graves of veterans whose remains were previously forgotten.  Each of us will have the chance to honor these veterans by placing flags next to their graves to commemorate their service to our country.  From there we will visit  The National Museum of the Marine Corps to view the history of America through the eyes of the Marine Corps.  The museum is a lasting tribute to U.S. Marines past, present and future.  Lunch (on own) will be at the museum.  Dinner on the way home tonight will be on your own and our approximate arrival time back in Austintown should be between 9:00 – 9:30 p.m.

Admission to the National Museum of the Marine Corps

An escort from 20th Century Tours